Hangzhou, April 2011. He always traveled with this hat.

My dad was the one who gave me my first camera to play with when I was eight, and it was his photography skills which gave a foundation for me to build my own. He had lenses of every kind, boxes of slides, and a reluctance for me to really take on the habit because of its expense and what my parents considered a genuine waste of film and paper.

As a United Nations official, he often traveled with a camera and a Polaroid, so he could hand out the pictures he took of people, especially children, he met in rural villages around the world. One day in early 2000, he went to buy groceries at the Pathmark and returned three hours later with a digital camera instead. It had about 1.5 megapixels but solved his paper-and-film clutter problem. For years afterwards (and several cameras as well), he made Photoshop his friend and constantly exclaimed over the growing sizes of memory cards and flash drives.

A few years ago we both made the leap to a digital SLR (I bought his as a Christmas gift), and together we took pictures and shared them over the Internet. Recently he started transferring old slides he took from the 1970’s to digital format. I’d never seen these pictures before, curious images of me and my sister as little children and never realizing how young my parents once were. What’s fascinating is that he was around my age when he took them, knowing the sentimental value of harboring these moments and memories. He knew that one day, which is now, these pictures would be the sharpest visuals we’d really have left of our parents. Below are some of my (more recent) favorite pictures and memories I’ve taken of him. 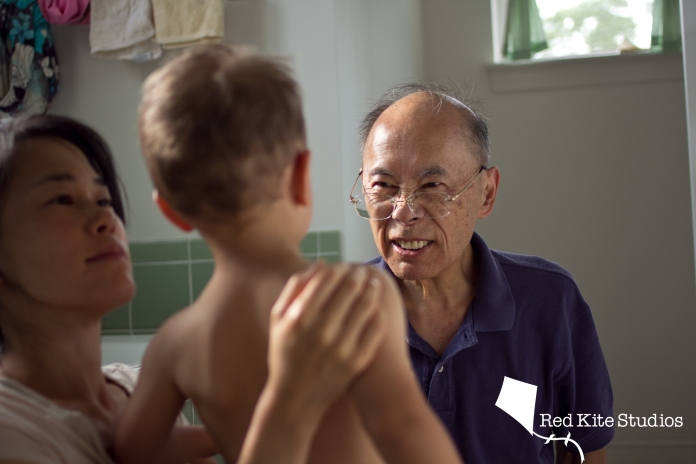 Making a funny face, one he trained each of his daughters and then grandchildren to make

For my wedding, he folded more than 200 paper roses, cranes and stars; snipped several versions of the Chinese character Xi for “double happiness”, and created a bride and groom beneath a red pagoda. 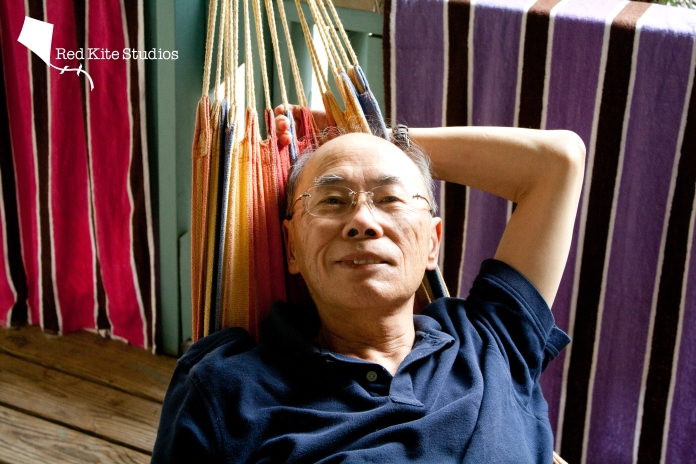 Relaxing in a hammock in Puerto Rico 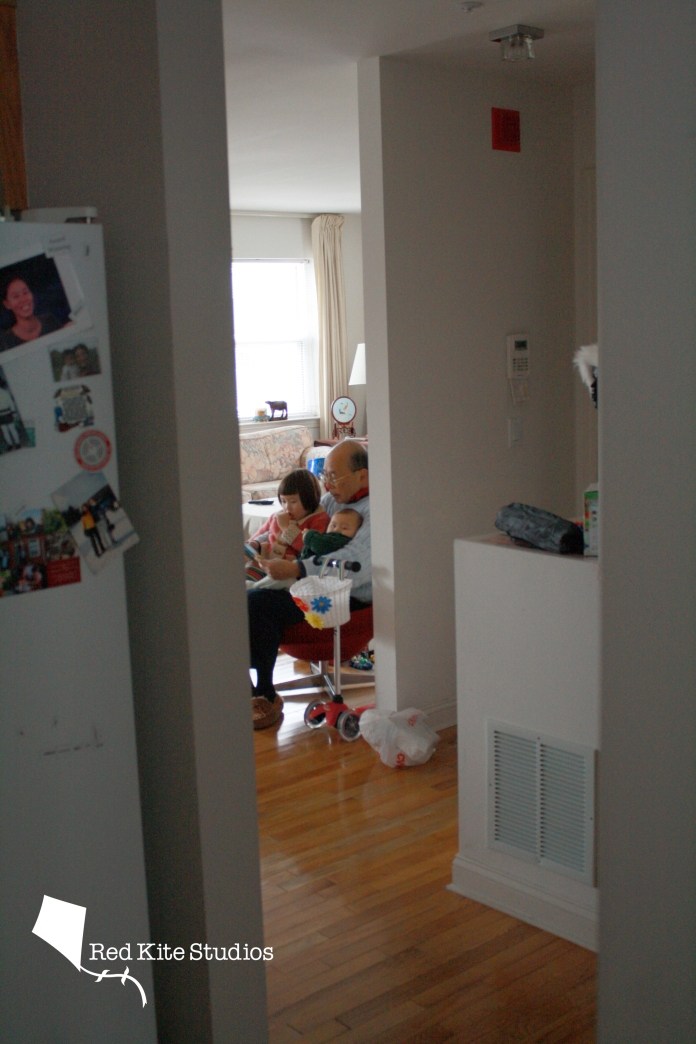 Reading to his grandchildren

Cuddling with his grandson

Walking along the ocean at dusk by himself in Anguilla

One thought on “Remembering Baba”